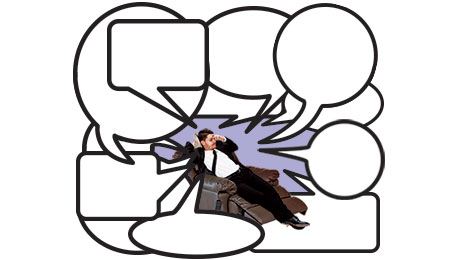 Asset Managers, Stop Blaming Others for Your Own Sloth

Certainly, investing is hard. Producing alpha is incredibly difficult. But the fact that active managers blame their struggles on exogenous circumstance reveals their hubris and the weakness of their investment processes, writes columnist Angelo Calvello.

In 2016 the BlackRock ASF Sterling Currency Hedging Fund lost over 43 percent and was rated by Morningstar as the worst-performing actively managed fund. The Financial Times asked BlackRock for a comment on the fund’s performance and was told, “Given the steep fall in sterling last year, the 2016 fund return was in line with both performance expectations and the benchmark. In conjunction with our clients’ other holdings, the fund achieved the aim of neutralizing currency exposure across their investments.”

BlackRock deserves some credit: At least it had the fortitude to give an inventive explanation for its underperformance.

In general, when active managers are requested to justify their persistent underperformance, they seem to be reading off a common list of excuses, including cheap leverage, low volatility, algorithmic trading, passive investing, ETFs, increased correlation of asset classes or factors, and crowding.

Certainly, investing is hard. Producing alpha is incredibly difficult. But the fact that active managers blame their struggles on exogenous circumstance reveals not only their hubris but also the weakness of their investment processes.

Let’s take one excuse — crowding — which according to a Morgan Stanley survey is the most common excuse for poor performance cited by hedge fund managers.

In one way this alibi makes sense. Walls of money have poured into active strategies to the point where it is difficult to generate meaningfully differentiated returns. We all know size is the enemy of performance. But we should not be so easily duped.

First, individual active managers could self-remedy the crowding problem by following Nancy Reagan’s advice: “Just say no.” They could choose to put investment excellence ahead of asset gathering.

But more fundamentally, crowding — and all other excuses — is a derivative phenomenon.

Crowding is caused not by the increase in assets under management but rather by sloth. Managers do not work hard enough.

I’m not talking about long hours or high conviction. These are merely overt expressions of tenacity. No, I mean they settle for the status quo, which is the very cause of their underperformance.

My conversations with asset owners reveal a consensus view: Our industry is mired in an intellectual malaise. Not some operational cabal, but a Stepford wives–like conformity. Active managers are, by and large, a homogeneous group: men and women of a certain age, who studied similar subjects at university, went to the same business schools, and earned CFAs. Their professional careers tend to follow similar paths, and their personal lives have situated them in similar milieus.

These sociological factors produce a uniformity of thought, a groupthink manifested most clearly in the commonality of the data and methods used to make investment decisions. The propaganda of modern financial theory leads active managers to largely see price, economic, and financial information as the totality of available and acceptable data sources, and linear multifactor models and mean-variance optimization as the exclusive methodologies to extract investable insights from these data.

If managers are going to gain the informational edge necessary to generate alpha, they will have to move beyond the artificial constraints of their current data and methods.

Fortunately for active managers — and I’m not sure they deserve such good fortune — a Cambrian explosion of new data and new methods is occurring in this, their darkest hour. Because of innovative technological developments, thousands of nontraditional, unstructured numerical, text, speech, and visual data sets are available in the public domain. Before active managers sneer that the public aspect of these data sets nullifies their benefits, recognize that (i) the number, type, and kind of these data sets are enormous and constantly expanding, especially as a result of the exponential growth of the Internet of Things; and (ii) according to MIT Technology Review senior editor Antonio Regalado, only about .5 percent of this nontraditional data is ever analyzed.

And to this point of analysis, concomitant with the explosion of data there have been revolutionary developments in computational methods. Machine learning and deep learning models have been (and continue to be) developed and successfully applied to draw valuable commercial insights from nontraditional data in other verticals.

So back to my claim of sloth as active managers’ original sin. These new data and methods are fully available to active managers. Admittedly, it will take great effort to overcome the substantial barriers to accessing and incorporating them into investment processes, and this work would be undertaken with no certainty that these new data and methods would provide the desired edge. Most fundamentally, as Jordi Visser, CIO of Weiss Multi-Strategy Advisers, told me, “it will require active managers to realize that what they think they know no longer matters.” And this realization demands a transformation of managers’ deeply inculcated worldview.

But let us admit that we have reached a nadir in active management. Managers must undertake whatever hard work is necessary to develop and deploy their skill. Whining is no longer an option. They either adapt or die.