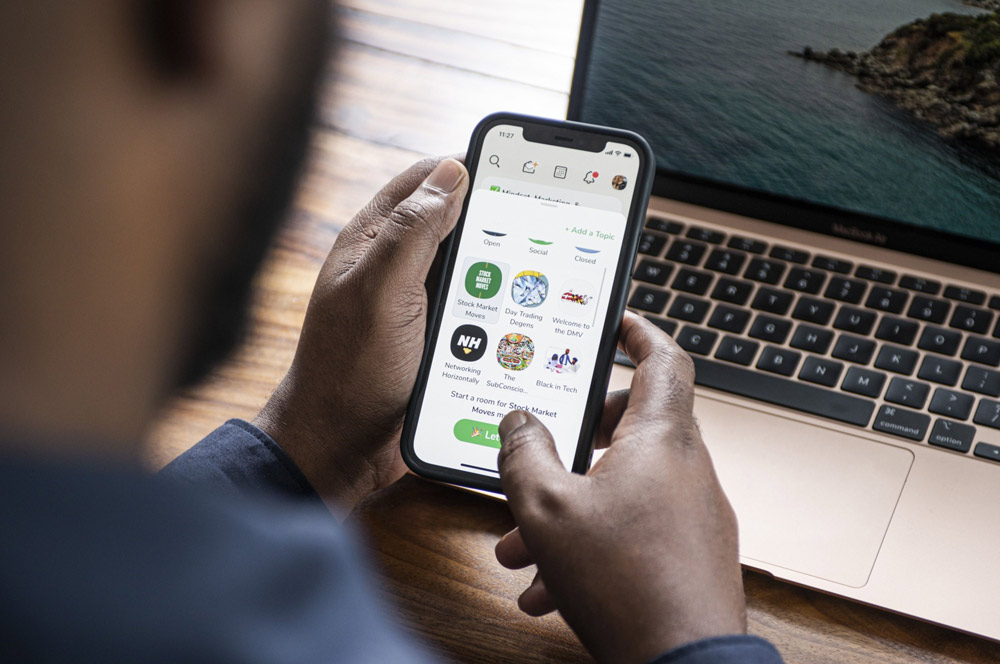 Can Clubhouse Kill the Investment Conference?

I really did not want to like Clubhouse, the popular, invite-only, drop-in audio app that lets you browse, listen to, and start your own discussions on an incredibly broad range of topics.

Cognoscenti will tell you the Clubhouse experience is like being at a thrilling dinner party filled with intriguing and often unexpected guests (“I’m here with Walter Isaacson and Michael Dell, and I see Kai-Fu Lee just entered our room”).

Others, like Vanity Fair’s Nick Bilton, hold a less flattering view, describing the experience as often being like “you’ve dialed in to the wrong conference call number at Dunder Mifflin Paper Co.”

To date, my experience has been less 18th century French salon and more Dunder Mifflin — but I attribute this more to the app’s growing pains than anything inherent in the app itself.

However, I’m long-term bullish that Clubhouse can be used to improve the way we manage institutional assets.

Rather, its latent value lies in its structure and functionality, which provide allocators and managers with a much-needed medium for open, large-scale, critical conversations on all things related to institutional investing.

Asset management is fundamentally a knowledge-based industry, and, as Paul Smith wrote during his tenure as CEO of the CFA Institute, “An industry that embraces many voices and perspectives will shape better investment outcomes and a stronger future for the investment profession.”

Yet we are, by and large, a homogeneous group, having all studied the same subjects at university and attended the same business schools where we all were steeped in the traditional investment canon. We generally have traveled the same career paths, working in big-name investment shops in major cities, earning the same industry credentials, living in the same neighborhoods, eating at the same restaurants, and reading the same books and blogs.

Add to this that we tend to operate in separate ecosystems (allocators, managers, consultants, services providers, etc.), each with its own distinct constituents (pensions, endowments and foundations, family offices, sovereign wealth, insurance, etc.), and it all breeds an intellectual monotony that dulls the urge to innovate and makes it incredibly difficult to achieve and maintain a persistent investment edge.

We can break this monotony by engaging in collective, public conversations that purposely seek to generate insights that extend our knowledge beyond the investment canon and challenge our current thinking on critical topics like governance and human resources.

Investment industry conferences, Zoom events, and podcasts attempt to fill this need. Yet they fail because they are exclusionary, hierarchical, narrow in scope, and limited in space and time, and they typically reinforce the standard investment dogma. (And in the case of conferences, they’re expensive.)

What I am envisioning are large-scale public gatherings that explore relevant conventional and unfamiliar, uncomfortable investment-related topics. These would not be lectures but real-time, dynamic collaborations. Participants could include allocators, managers, consultants, academics from multiple disciplines, practitioners from other verticals, and intellectually curious individuals from any geography and time zone.

I can hear the nattering nabobs of negativism already: Institutional investing is a technical area of study and requires specific knowledge, experience, and credentials. I agree that some level of knowledge is required, but claiming that only self-identifying investment professionals possess such knowledge reveals the insularity and hubris that is a cause of our industry’s malaise.

I have seen this model work, not just in Clubhouse rooms discussing such specific, technical topics as “Understanding Federated Learning in AI” and “Jacques Lacan and Language,” but in ESG- and climate-focused rooms where investment professionals, academics, practitioners, policymakers, government officials, journalists, and what seemed to be uncredentialed but well-read, honest thinkers participated in and contributed to boundary-challenging discussions.

Critics will also claim that such large-scale public convenings will devolve into a free-for-all, replete with the same trolls, scam artists, and malicious actors found on other platforms, choking off the possibility of honest discourse.

But unlike other platforms, Clubhouse requires you to use your real name and identity on the service, so bad actors must spew their vitriol in their own name and, equally importantly, in their own voice.

Also, Clubhouse has guidelines and rules explicitly prohibiting such disruptive behavior and has a mechanism for reporting and adjudicating transgressors. Individual clubs, too, establish their own guidelines to which members must attest.

There also is an explicit hierarchical structure to the clubs and rooms that promotes order. Only moderators and speakers can be heard. The audience is muted and can only speak if invited on stage by a moderator.

But we all know that guidelines and true identities alone will not stop what Institutional Investor editor-in-chief Kip McDaniel describes as “leg-humping” — unsolicited and coarse sales pitches by managers and vendors.

I was in a room where a self-identified manager brazenly told an allocator that he would call him because he “can consistently hit 20 percent per year. All day. Not on a billion [dollar allocation] but on $100 million.” The allocator politely mumbled his thanks, but his discomfort was palpable.

This was an opportunity for a skilled moderator to admonish the transgressor, mute his mic, move him back to the audience, and perhaps bounce him out of the room. If warranted, a moderator can use the “block” function so the violator will not be able to see or join the room again. And the truly incorrigible face the possibility of being placed on the shared block list, the scarlet letter of Clubhouse, and even being removed entirely from the platform.

Certainly there will be challenges. Not every conversation will be transformative. But there is simply something appealing, even cathartic — especially at this point in the pandemic — about organically gathering in a public space (without the anxiety of video) and listening to, and extemporaneously speaking with, people holding diverse views on how we can achieve better investment outcomes.

And let’s admit it: We’d all enjoy the opportunity to do some networking.

It’s worth a shot. I’m starting a club on Clubhouse that will explore all aspects of institutional investing. DM me on Twitter if you want to help or if you simply want an invitation.

Previous Post
The Most Powerful Artificial Intelligence Knows Nothing About Investing. That’s Perfectly Okay.
Next Post
The Curious Case of First Union Capital