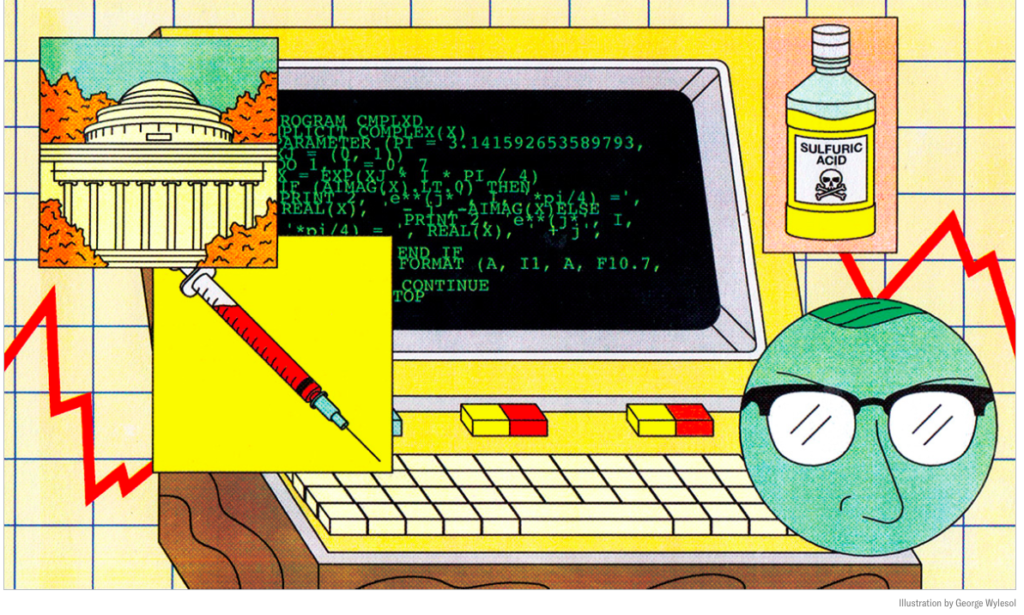 The Insane Story of How an Early Quant Investor Went Rogue

Acid attacks. Attempted murder. A girlfriend allegedly injecting HIV into a former lover. Nothing was apparently beyond the pale for one of the fathers of computer-based investing.

﻿“This is not algorithmic trading,” he said. “This is literally replication of an analyst.” Shaunak Khire, Emma AI

Up and down coastal Connecticut’s hedge fund alley, billionaire investors are attempting to replicate their brains within the confines of a circuit board.

Bridgewater Associates’ Ray Dalio might be the most systematic in his artificial-intelligence cloning efforts. In 2017, Dalio told Bloomberg that he has a 20-person team translating his unique worldview into algorithms. A Bridgewater employee familiar with the project described it to The Wall Street Journal as “like trying to make Ray’s brain into a computer.”

Similarly, Bloomberg reports that Steve Cohen’s Point72 Asset Management “is testing models that mimic trades of its portfolio managers.” And Paul Tudor Jones, apparently, has been working on this since the 1990s, when he “assigned a team of coders to a project dubbed ‘Paul in a Box.’ The effort sought to break down the DNA of the hedge fund manager’s trading — how he sizes up markets and generates ideas — to train a computer to do the same.”

But Dalio, Cohen, and Jones, among other contemporaries, were not the first men to, for vanity or curiosity, attempt to computerize their investment process. Instead, a look back to the beginning of Institutional Investor and beyond reveals a rich history of machine replicating man.

It also reveals a disturbing and sordid tale: of an MIT academic run afoul of the SEC, intentional HIV infections, acid attacks — and attempted murder.

Computers are hardly new to investing.

In founder Gilbert Kaplan’s editorial in the inaugural issue of Institutional Investor, he wrote, “So we expect, in these pages, to explore the problems and opportunities of the professional money manager, unique as they are. These may range from regulation and public policy to computer applications, from ways of improving portfolio performance to ways of improving human performance.”

Computer applications in 1967? How were professional money managers using computers in 1967? IBM had only introduced the first mass-produced computer in 1954. The prototype of the modern computer — with a mouse and graphical user interface — was only developed in 1964.

Yet against all odds, there is considerable evidence to justify Kaplan’s inclusion of computers in the original editorial scope of this magazine.

For example, “By the middle of the 1960s, NYSE member firms were spending $100 million annually on computerizing their operations,” according to a 2002 account by Jerry Markham in A Financial History of the United States, Volume II: From J.P. Morgan to the Institutional Investor (1900-1970).

And it wasn’t just operations; money managers were also using computers to make investment decisions. A 1962 Wall Street Journalarticle, “Stock Analysts Study Computers as Aid in Investing, See No Easy Road to Riches,” reported that “market analysts for a number of large brokerage houses and mutual funds here and overseas are devoting an increasing amount of research to ways in which data-processing machines can be used to improve the quality of their investment decision.” The article specifically identified a broker who as early as 1954 was using “data-processing equipment” for “market analysis. To figure changes in an average price of 1,145 stocks in the New York Stock Exchange, to watch moves in the total dollar trading in these issues, and to scrutinize the market moves of 92 different industry groups and 22 categories of stocks broken down by size.” Other contemporary sources provided corroborating references of money managers using computers to price municipal bonds, buy and sell bonds, and furnish “stock tips.”

The list goes on — for, as one author wrote in 1967, the availability of “’machine readable’ data” made it “fashionable to be ‘doing something’ with computers. Practically every major financial institution is now quick to point out that they have a computer.”

Yet it wasn’t in the pages of Institutional Investor or The Wall Street Journal, or even on the trading floors of the nation’s stock exchanges, that the intersection of computers and finance first went haywire.

Instead, it began on a university campus in Cambridge, Massachusetts.

In 1963, Geoffrey P.E. Clarkson, a professor at the Massachusetts Institute of Technology, built a computer model to simulate “human behavior in portfolio selection.”

Specifically, he studied “how an investment officer in a bank selects a portfolio of stocks for a trust fund, given the legal constraints involved, the goals of the trust, and the conditions of the market,” according to a contemporary description of his work. This enabled Clarkson to “construct a computer program which . . . had been able to make very accurate predictions of the trust officer’s behavior.” According to the 1963 account, written by Clarkson and co-author Julian Feldman, the program:

Decades before the Connecticut hedge-fund crowd, Clarkson had tackled, and solved, the replication problem.

It would not be the last thorny problem Clarkson encountered, as an investigation into his life shows.

According to a November 1993 Boston Globe article, Clarkson was born in London to a Canadian family. He earned his PhD at Carnegie Mellon University in 1961 with an award-winning dissertation on “artificial intelligence.” He taught at MIT “during the 1960s, returned to England, and in the early 1970s helped save Rolls-Royce from bankruptcy. In 1977, he returned to Boston as business dean at Northeastern University and remained in that post until he resigned in 1979. He continued to teach at Northeastern until 1987.”

Yet Clarkson resigned as dean after a run-in with the Securities and Exchange Commission. Newspaper accounts show Clarkson placed a small anonymous ad in The Wall Street Journal in 1978 announcing the sale of an international management consulting company, even though he was not authorized to sell the company. An SEC investigation resulted in charges of fraudulent business activities, which concluded with Clarkson signing a consent decree agreeing not to obtain money through fraudulent schemes.

Four years later, in 1983, Clarkson settled a separate claim for cheating a Boston-area schoolteacher out of the $12,000 price of a video arcade. The teacher who sued Clarkson called him “sleazy.”

Clarkson then disappeared from the public eye — for a while. In 1993, he resurfaced in Edmonton, Alberta. There, he and two private detectives were charged with conspiring to hire someone to throw sulfuric acid on Clarkson’s girlfriend’s ex-lover, a local photographer named Con Boland, and then later to kill Boland. Clarkson was also charged with the attempted murder of a female friend of his girlfriend.

It — astoundingly — didn’t end there. Clarkson’s girlfriend, Marilyn Tan (whom he had met recently through a “costly matchmaking service”), also was charged with aggravated assault for allegedly injecting Boland with HIV after drugging him with sleeping pills in July 1992. (Clarkson allegedly targeted Tan’s friend because she supposedly knew Tan had injected Boland with the virus.)

For the record: On February 23, 1993, Boland did indeed get sulfuric acid thrown in his face, but he lived. And Boland did test positive for HIV, but the source of his virus was never proven to have been an injection, as he admitted he had “visited prostitutes through the years.”

Tan was acquitted of injecting her former lover with HIV but was sentenced to three months in jail for uttering death threats against another woman.

The contemporary news coverage of these events provided a glimpse into Clarkson’s “curious double life” after he left Northeastern in 1987. It described him as a multimillionaire “New Zealand cattle baron” who “fell in with a different crowd in recent years.” Clarkson’s attorney (another colorful Canadian figure, but we won’t go there) added to his client’s character by saying his interests ranged from “artificial intelligence to artificial insemination.”

And with that, Clarkson was gone from the public eye once again. A recent professional background investigation showed Clarkson to be alive (age 84) and perhaps living in Fort Lauderdale, Florida. It revealed no conclusive social media profile or professional activities. (There is one titillating exception: The report lists “Emperor for Life at Sybaris Farm” as a job Clarkson might hold.)

This essay originally appeared in Institutional Investor in January 2019